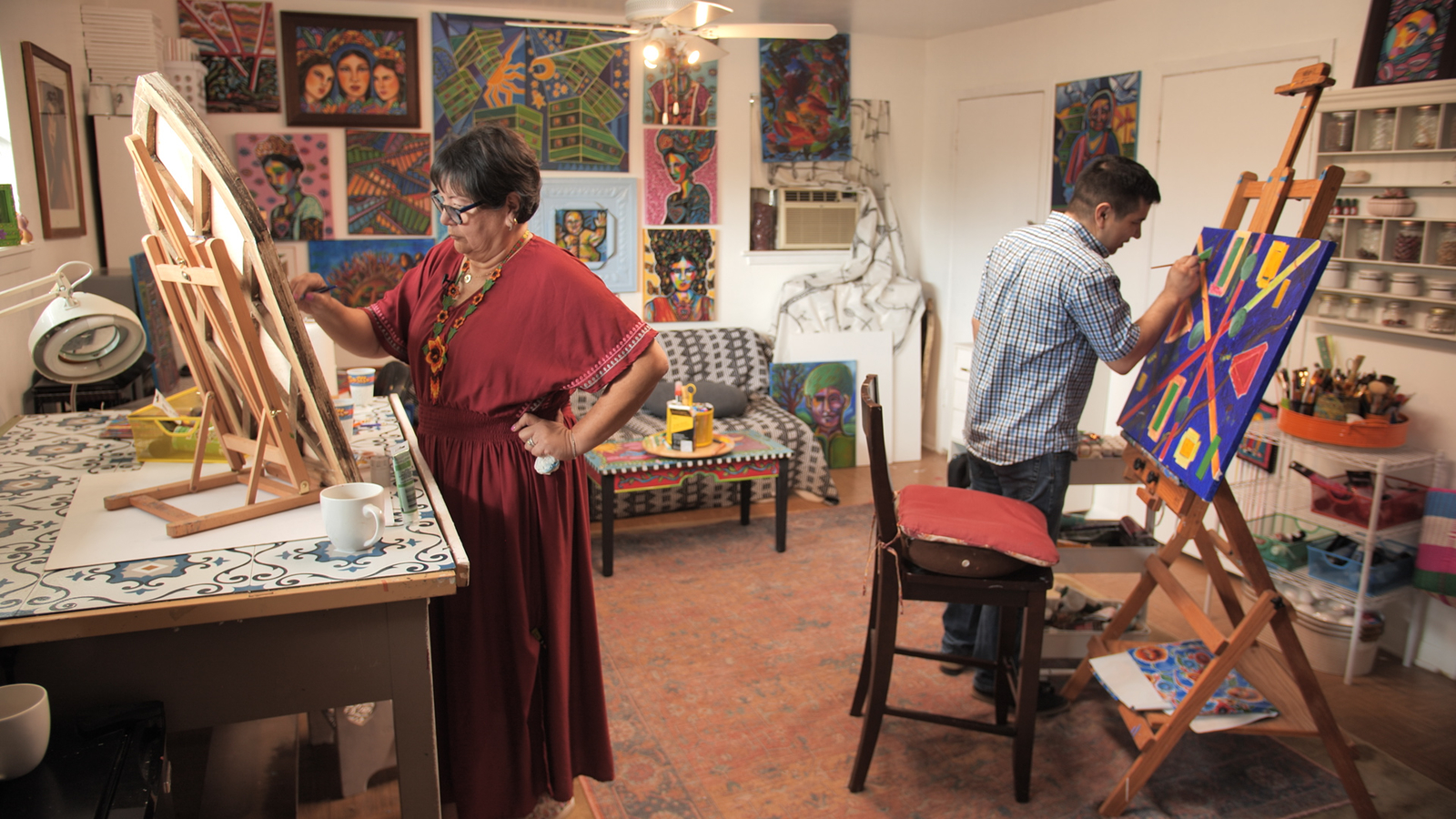 Houston, Texas — One of Houston’s most popular downtown murals showcases the places, people and events that have shaped the city’s Mexican-American community.

Laura López Cano is one of the artists who contributed to Sam Houston Park’s cultural mural landmark, Mexican American History and Culture in 20th Century Houston. Not only is Laura an accomplished artist, so is her son Louis.

“I’m one of his biggest fans,” said his son, Laura Lopez Cano. “I can’t do what he does. He has such a great imagination.”

Louis assisted his mother in murals, including immigration, employment in the ship channel industry, and life in the Second Ward. But both have different styles.

“I would describe my style as cultural preservation, cultural women’s empowerment,” says Laura. “Even though our styles are different, there’s this appreciation for each other for what we do, coming together as two artists, not mother and son.”

Growing up, Louis never knew he had Asperger’s syndrome. But he said, through art he is able to express himself.

“Nobody really knew I was autistic back then so they thought I was ADHD,” Louie said. “It was very difficult for me because it was very socially awkward. I was very shy and very lonely. I didn’t want to be around other people, but I had to. Then when I found out I had Asperger’s, it opened up a New doors close and it let me know what I was. So I kind of discovered myself.”

“We’ve always said, you may be different, but we’re all the same,” added Laura. “I think the greatest part about him when he does art is that he can really express himself.”

Click on the video above to see how Laura and Louis tell different stories through their artwork.