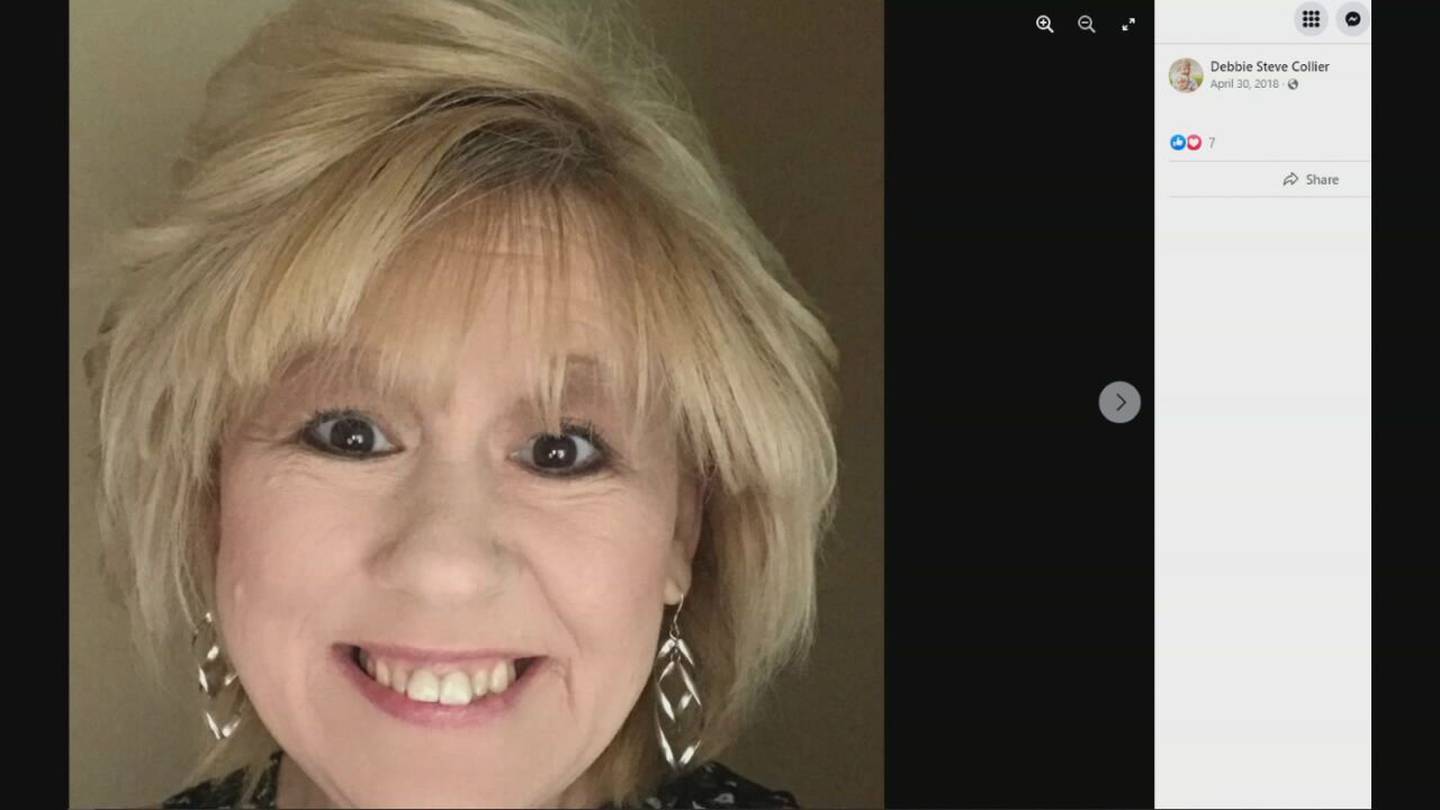 Habersham County, Ga. – Deputies say the burned and naked remains of an Athens woman were found in Habersham County after she sent her daughter thousands of dollars in cash and told her “they won’t let me go.”

Deputies say Deborah Todd Collier, 59, went missing from her Athens home on Sept. 10. Her husband, Steven Collier, told police he last saw his wife around 9 p.m. when she went to bed. She said her car was still in the driveway when she left for work, so he assumed she was home. The couple sleeps separately because of Steven Collier’s snoring, according to the police report.

The couple’s daughter, Amanda Bearden, told police that around 3 p.m. on the 10th, her mother sent her $2,385 via Venmo and the following message:

“They won’t let me go to love you. There’s a key to the house in the blue flowerpot (SIC) by the door.”

Bearden said he tried to call his mother, but she didn’t answer. Bearden said his mother only took her debit card and driver’s license with her and put them in a black Chrysler van she rented after wrecking her own car.

Deputies found Collier’s vehicle, a Chrysler Pacifica, pulled over to the side of a wooded area along GA 15 near Tallulah Falls with no one inside. The van was more than 60 miles from Collier’s home.

Bearden arrived at the scene after SiriusXM notified him the car had been found and told deputies his mother had a bad back and couldn’t walk very far.

A K9 unit was dispatched to the scene and searched the area. Deputies found what appeared to be debris from a wildfire. Shortly thereafter, they found Collier’s body naked and burned. A partially burned blue tarp and a red tote bag were found nearby.

Deputies are still working to determine the circumstances surrounding Collier’s death. So far they have not identified any suspects.

Investigators are treating the death as a homicide. The state medical examiner’s office is conducting an autopsy.

Neighbors in the area where Collier’s body was found said her death alarmed them.

“I’m going to start looking at different people here,” Alan Roberts said. “Even at the foot of the mountain, it’s not as safe as we always thought.”

Anyone with information is asked to contact the Habersham County Sheriff’s Office.