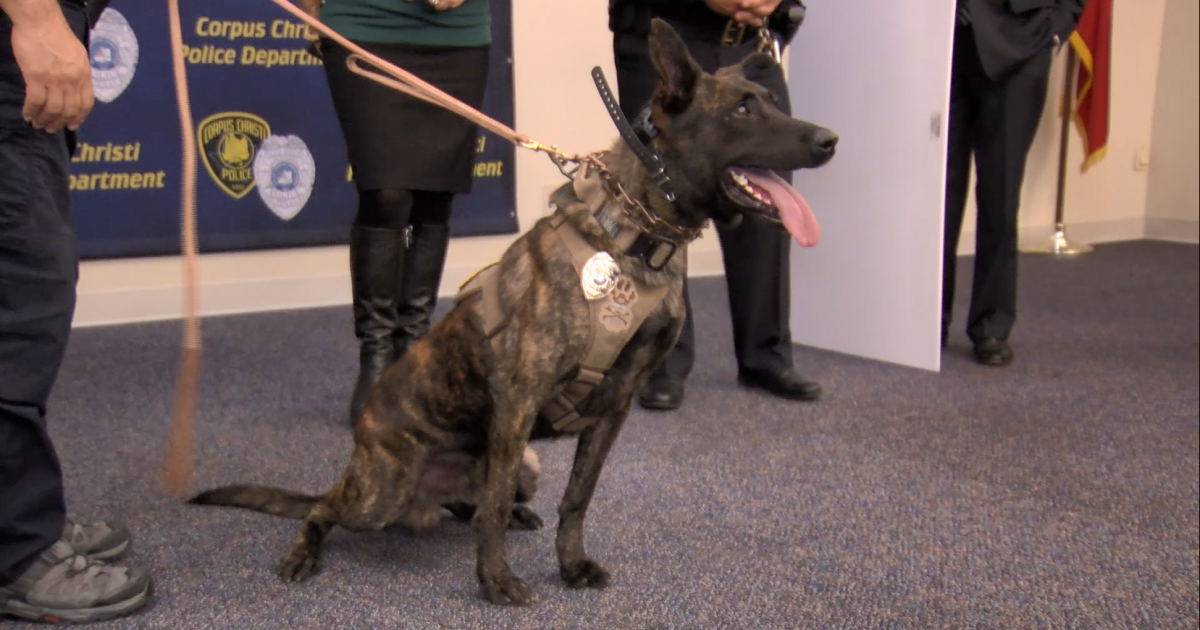 He goes by simply “Evans” and is the CCPD’s newest K9 member. He was welcomed to the department with a special badge fitting ceremony on Wednesday afternoon.

According to CCPD officials, Dutch Shepherd K9 Evans was brought to the city from the Netherlands thanks to donations from the Corpus Christi Police Foundation and Corpus Christi Medical Center and Paulette and Victor Guajardo.

On Wednesday afternoon, Evans was welcomed into the force after three months of specialized training.

“We’ve been waiting for Evans to come, (and) I’m very grateful,” said Mayor Paulette Guajardo. “These K9 dogs are extremely important to the department. They play a different role.”

Evans lives with his handler, Senior Officer Pedro Muniz, and completes his training. Muniz, an officer for 21 years, said he is excited to join the K9 unit and work with Evans — his first K9 partner.

Muniz didn’t get into specifics, but he noted that Evans has already created a big scare.

“He put a warning on a package, and that package contained 1.14 kilograms of fentanyl,” Muniz said. “But in between—we’ve been on duty for months now, and he’s had other apprehensions and seizures.”

CCPD officials said seven police dogs work with the department and that they “are an essential component of modern law enforcement, playing an important role in fighting crime.” Police dogs typically serve on the force for 6-9 years.

“These dogs have one job and one job only,” said CCPD Capt. Donald Moore. “And that job is to serve and protect the citizens of Corpus Christi.”