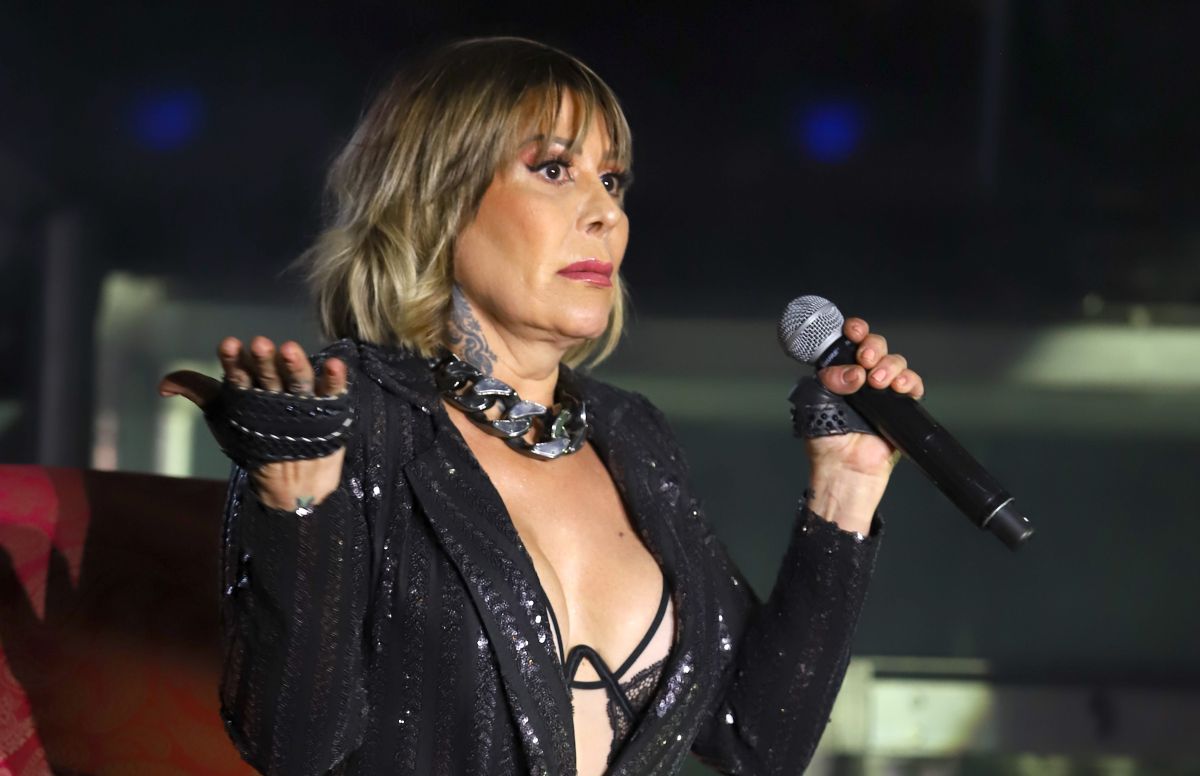 the mexican singer Alejandra Guzman She experienced a very unpleasant moment at one of her concerts, because a fan improperly touched her while she was giving her show. In videos captured by the attendees, you can see how the rocker gets angry and defends herself against the aggression of her supposed admirer, who was removed from the facilities by the security of the place.

The daughter of Silvia Pinal and Enrique Guzmán was giving a palenque singing his hit “Diablo”, when suddenly a fan crossed the security and approached the singer. Although it is very common for fans to do this to be closer to their idols, the person went too far with the so-called “queen of hearts” which caused the artist’s annoyance.

In a video shared by the TikTok user, it is observed how the fanatic reaches where Alejandra Guzmán is, although at first glance it seems that she is going to hug her, then the person touches one of her breasts and kisses her on the cheek, which causes the artist to lose concentration and try to get away from the supposed admirer.

Security elements of the place immediately entered the stage to take away the person who had attacked the interpreter of “Making love with another”. When they managed to get her away from her, Alejandra was very upset so her reaction has sparked different opinions among users of social networks, especially on TikTok and Twitter where it has already gone viral.

In a second video, you can see the rocker very angry, to the extent that in addition to stopping singing, she also tried to hit the admirer with a tambourine that she had in her hands. Likewise, it is possible to see how the interpreter of “Llama por favor” begins to yell at him, while they take him out of the room because these actions are prohibited.

Meanwhile, despite the fact that many agree on how Alejandra Guzmán acted, Others criticize that he should not have used violence and allowed the local authorities to take care of the situation.. There are some who argue that the girl just wanted to hug her and that she accidentally touched her chest.